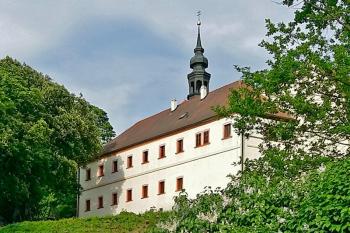 The novitiate building was added to the western side of the monastery in the period from 1747 to 1749. Young novices were preparing for entrance into the Franciscan Order here until the Josephine reforms and later from 1812 with some short breaks until 1950. Nunhood did not return to the monastery after the end of the totalitarian regime.